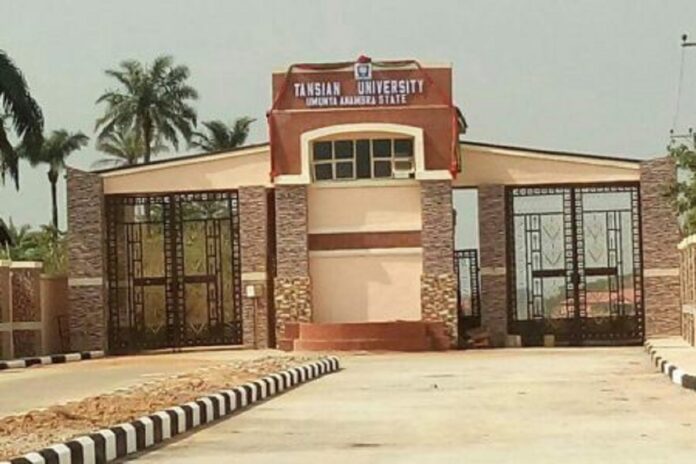 Founder and Chancellor of the University, Msgr Prof John Bosco Akam who performed the inaugural ceremony of the new governing council members Tuesday at the University Council Chamber in Ununya, described the new team as men and women with a combined wealth of knowledge and expertise in corporate governance, fundraising, financial oversight, and the development of creative industries.

Msgr. Akam who is also the Chairman of Board of Trustees, expressed optimism that the new team would catapult the institution into an enviable height, adding, “I look forward to their advice as we work towards growing TAU to be a catalyst in unlocking the potential of the University in the country”.

According to Akam,  “since the inception of the University in 2007, TAU has introduced a strategic shift, which saw it beaming with success in all academic spheres, while also championing the recognition of the role of private universities creativity and stimulating economic growth in the country”.

“To strengthen these giant strides and help in repositioning the University to take a centre stage in driving the growth of quality education in Nigeria, he continued, I have appointed a new council as a governance structure that will drive a growth strategy and provide oversight to the Tansian entity”.

“We are thankful to all those, who were nominated for accepting nomination. While they may have not been selected today, we will always appreciate their contribution in many other platforms which are to be created by the department. It is my considered desire that this august body will chart and evolve a road map towards re‐invigoration of the vision and mission of Tansian University”.

Receiving the new council, the Vice Chancellor, Prof. Eugene Nwadialor, expressed joy for what he described as “a formidable team that in their very first council meeting, displayed strong principles of ethics, integrity and accountability, as well as demonstrated commitment to re-engineering the University into greater heights.

Nwadialor noted that the entire University is very elated for their support and decisiveness, and trust that they would add value to the work that we have already started.

Uzodimma relaxes curfew in Imo from 6pm to 6am