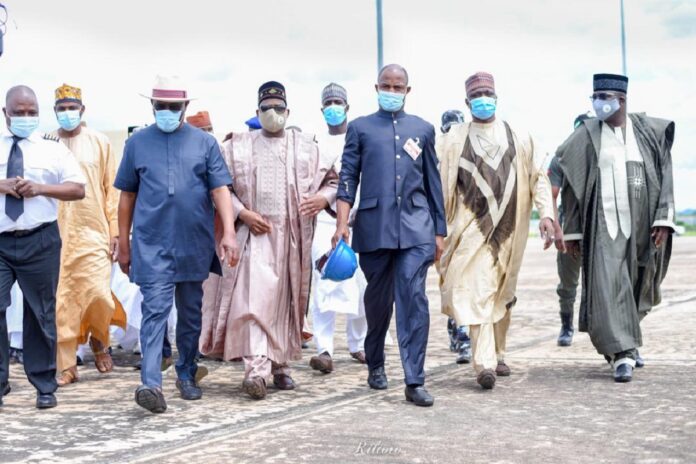 His Excellency, the Executive Governor of Rivers State, Barrister Nyesom Ezenwo Wike today flagged off the construction of 11 township roads of about 11 kilometres in Bauchi initiated by Governor Bala.

Others are Disina township roads project and storm water drainages as well as two major roads with a distance of about 1.65 kilometer.

Speaking shortly before the flagging off at Unguwar Alkali Aminu in Bauchi metropolis, Governor Wike commended Governor Bala for embarking on roads construction across the state.

Governor Wike said inspite of the inadequate resources,  Governor Bala has achieved a lot in improving the living standards of his people.

Governor Bala expressed gratitude to Governor Wike for honouring his invitation to flag off the construction of the roads.

The Governor informed his colleague that, from inception of his administration to date, the state government has completed 6 major road projects across the state.

Governor Bala said to achieve the desired objectives, his administration has chosen competent contractors to handle the township roads contracts.