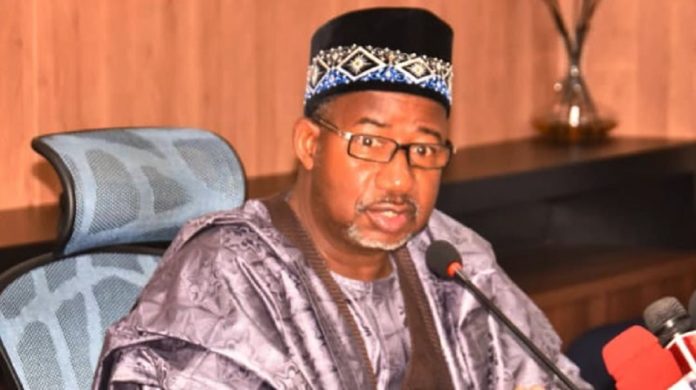 The National President of the Nigeria Hotels Association (NHA), His Highness, Eze Patrick Anyanwu has Reaffirm his confidence on Governor Bala Mohammed of Bauchi state that he will deliver all his electioneering promises.

According to him, Governor Bala as a goal getter has within the shortest period of his administration achieved so much in the areas of education, health and road infrastructures and human empowerment

His Highness Eze of Imo in Bauchi state stressed that, “there is no doubt that Governor Bala Mohammed has demonstrated high sense of commitment to moving Bauchi state to the promise land.

He said, the Governor had exhibited patriotism by developing the Federal Capital Territory (FCT) Abuja when he held sway as the minister will do more in his country home, Bauchi state.

The NHA President while congratulating Governor Bala on his recent election victory at the Apex court in Abuja, urged the entire citizens of the state to support him to enable him continue to deliver dividends of democracy.

Anyanwu said, “I want to use this opportunity to congratulate His Excellency the Governor of Bauchi state, Senator Bala Mohammed, Kauran Bauchi on his victory at the Supreme Court, I know that Bauchi people are solidly behind him. God has given him the mandate as the Governor of the state, I know what he did when he was a minister in Abuja, his coming here is a great honour to the state and I know that he will develop Bauchi just like he did in Abuja”. Eze Patrick said.

While commending Governor Bala for the sustainable peace in the state, Eze described Bauchi state as his second home.

“In our place, it is said that when you greet somebody for doing a good job, you are encouraging him to do more. We, all the non-indigent in the state are feeling okay in the state, God bless him. And I want to encourage him to use the good honour his people gave him to show them that he can do it and I know he will do it and he will do it very well”, Eze Patrick added.

Eze Patrick who said he has been in Bauchi state for more than thirty years doing hoteI business added that “even during the shariah issue when it came up in the state, we wholeheartedly accepted it, that is during Muazu, I told him we cannot create our own law, is the law of the state and we are going to obey, and the law has been free and fair, all the non indegent accepted it”.

“In the area of hotel business which I am a leader both national and state, we are contributing a lot. Hotel is one of the big industries that Nigeria can boast of. So, we need the governor’s cooperation that can help boost the sector in the state”.

While appealing to the Governor to fulfil his campaign promises, Eze Patrick said “hotel owners are the ones accommodating all his visitors, the prominent people coming from various places hence the need for the government to support to also support us”.

He expressed optimisms that the Bauchi state government under Bala Mohammed’s administration will continue to create the enabling environment for businesses to thrive.