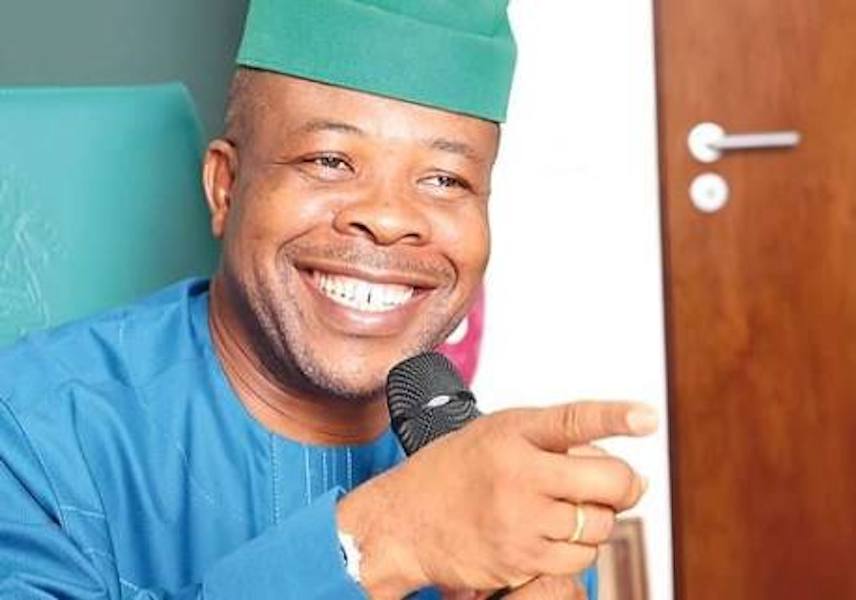 Prior to the 2019 governorship election in Imo State, some political foes of the in-coming Governor, Rt Hon. Emeka Ihedioha, made it a point of duty to whip up baseless argument that if he eventually wins, he will mbaisenize his government. This group of pernicious political propagandists regarded it as a potent weapon which could sway the support of Imo people against Ihedioha and by so doing, cut short his genuine aspiration to recover Imo from her present ruins and subsequently rebuild her.

But alas, the election came and Imo people proved that they are no longer gullible to swallow hook, line and sinker the gibberish against the mbaise nation. With their votes, they showed that they are now wiser and can no longer be goaded into believing nonsensical and ugly sentiments being bandied about the good people of mbaise.

I have deliberately chosen this line of discussion in order to correct the erroneous impression hitherto held against the mbaise nation in Imo State. In my last piece titled, “Ihedioha’s 140 Apostles and Matters Arising”, I clearly made reference to this same issue which one professor of law wanted to mischievously make an issue and by so doing, heat up the polity with it again as they did in 2015. Unfortunately for him, he failed woefully in his plans.

To me, the in-coming governor, Rt. Hon Emeka Ihedioha as at now, has become a good reference point of what an mbaise man is or not or should be. He is the mirror through which the entire mbaise clan is assessed by both well meaning people as well as mischievous arm chair critics of the mbaise nation.

The question is: are mbaise people clannish, bad, unreliable,lazy or fraudulent? The answer is capital No. if anybody says an average mbaise indigene is dogged, hardworking, dependable and a team player, I can agree intoto. If one says an mbaise man or woman cannot be brain washed or cheated or easily swindled, I can also concur.

The problem mbaise people perhaps, have with some lazy minds is that they are ever pro-active and intelligent. They are fast-thinkers and independent-minded. That to any rational mind, does not in any way constitute a crime or unacceptable way of life.

Citing the in-coming governor as a reference point, one easily sees capacity, astounding intelligence, hard work, capability and altruism in an mbaise man. He is also an embodiment of team work and a man who is very receptive to constructive criticism. He is always conscious of public opinion. All these are essential hallmarks of a democrat.

In his first two appointments as an in-coming governor, Rt. Hon Ihedioha has apparently proved doubting Thomases wrong about his inclusive style of administration. He accommodated people from diverse backgrounds, political parties and different localities. The appointments were evenly spread such that those who hitherto expressed reservations about how he intends to rule Imo probably with people from a particular locality dominating his administration have swallowed back their vomits.

The Transition Technical Committee and the Governorship Inauguration and Handover Committee are headed by credible men, who are not even from Owerri geo-political zone where the in-coming governor hails from, not to talk of his mbaise native clan. The Transition Technical Committee (TTC) is chaired by the former Deputy Governor of Central Bank of Nigeria (CBN), Dr. Ernest Ebi from Ideato Clan in Orlu geo-political zone. The vice Chairman of the TTC is former Nigerian Ambassador to Republic of Ireland, Dr(Mrs) Kema Chikwe from Owerri North Local Government .

The Governorship Inauguration and Handover Committee is equally chaired by another seasoned administrator and two times Secretary to the Government of Imo State, Chief (Barr) Chris Okewulonu from Obowo in Okigwe geo-political zone. Rt. Hon Jones Onyeriri from Nkwerre in Orlu geo-political zone is the Vice Chairman. The sub-committees are equally headed by credible persons from different Local Government Areas in Imo, ditto for their memberships. No mbaise man is chairing any of these two committees.

For me, criticism is good in a democracy, in fact, it is an indispensable ingredient of any government of the people. However, such criticisms must be backed with empirical facts. One should not criticize out of hatred or myopia.

Anybody who truly knows the in-coming governor of Imo State cannot associate him with clannishness. He is a man in love with dexterity, hardwork, excellence in service delivery and commitment to any given assignment. He abhors laxity, untidiness and sycophancy no matter how closely the person is related to him. This perhaps is what some people have failed to realize.

A critical appraisal of the leadership of the two committees he has set up so far, is a vivid reflection of the above assertions. The leadership and membership of the committees have caused some wicked critics to suddenly keep mute, waiting probably for a slip from the in-coming governor. But they may have to wait for a very long time for that to happen, if at all such will ever happen.

The point I am trying to put forward herein is that an average mbaise man is very reliable and fore-sighted. Rt. Hon Ihedioha as a case study. Some people say “tell me who is your friend and I will tell you who you are”. Ihedioha in this case serves as the prism through which the mbaise nation is appraised. He is a tested and trusted leader.

Those who had thought that by now, they would have been seeing flashes of clannishness, should be having a re-think. Though some may still argue that it is too early in the day to run into conclusions, I make bold to assure such people that the in-coming governor, as a national leader, knows where the booby traps and banana peels are. He is very experienced and intelligent to be lured into such traps.

For clarification sake, I am not of mbaise decent. I am rather of mbaike clan, Ikeduru to be precise. My assessment of the attitude of the mbaise people is borne of practical experiences and interactions with them. Though among twelve, they may always be a Judas (which anyway, is also applicable to other localities), the majority of the people of mbaise clan are jolly good fellows and very industrious.

It gladdens the heart that the good people of Imo, having realized that the bad tag on the harmless people of mbaise by some goons, was a mere fallacy of non-sequitor, resolved to elect Rt. Hon Emeka Ihedioha as the next governor of Imo State. By so doing, they have collectively demystified the erroneous and baseless conceptions about the mbaise nation and consequently, buried such baseless conception for good.

Ihedioha has kept fate with his political mantra “MY WORD, MY BOND”. We hope and pray that God grants him Solomon’s wisdom to keep to his words of running an all inclusive government. For now, the signs are promising.