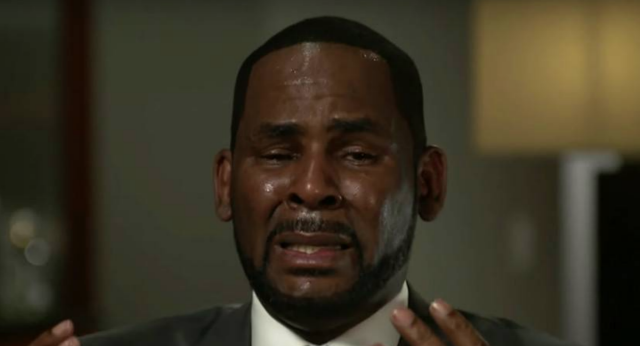 As R. Kelly continues dodging responsibility for the years of sexual abuse allegationsagainst him, he’s also swerving around his financial obligations. His lawyer admitted at a hearing that Kelly’s finances were “a mess,” so much so that the disgraced R&B singer needed a friend to bail him out of jail. Now, new court documents from yet another case against Kelly have revealed just how dire his monetary situation is.

In addition to owing $160,000 in child support (which he’s since paid, again with the help of a friend), Kelly was sued by the landlord of his Chicago studio (the warehouse location out of where his so-called “sex cult” was based) for over $200,000 in back rent. The landlord won a $173,000 judgement, which triggered Kelly’s creditor, Midwest Commercial Funding, to seize some of Kelly’s bank accounts, as well as issue subpoenas to Sony; the American Society of Composers, Authors, and Publishers; and Kelly’s other banks to see where they could recoup their loses.

As a result of the subpoenas, court documents revealed that Kelly’s account at Wintrust Bank isn’t just completely drained, but in the red with negative balance of $13. Over $150,000 in holdings were also sucked out of Bank of America, leaving just $625 in Kelly’s pair of accounts there (via The Blast).

Even with all of this, the landlord is still owed $50,000. Complex reports that they’re attempting to get Sony to cover the remaining cost, though the label claims to owe no more money to Kelly. (Sony cut ties with the embattled singer back in January.)

On top of all the troubles mentioned above, Kelly is facing fines of up to $66,000 per day by the city of Chicago for code violations — including building an illegal sauna and bar — in the vey studio for which he wasn’t even paying rent. Then, of course, there’s the mounting legal fees. It’s no wonder he’s been forced to take $22,000 paydays for a nightclub appearance.

Kelly has been charged with 10 counts of aggravated sexual abuse, for which he faces a potential 40-70 years in prison.