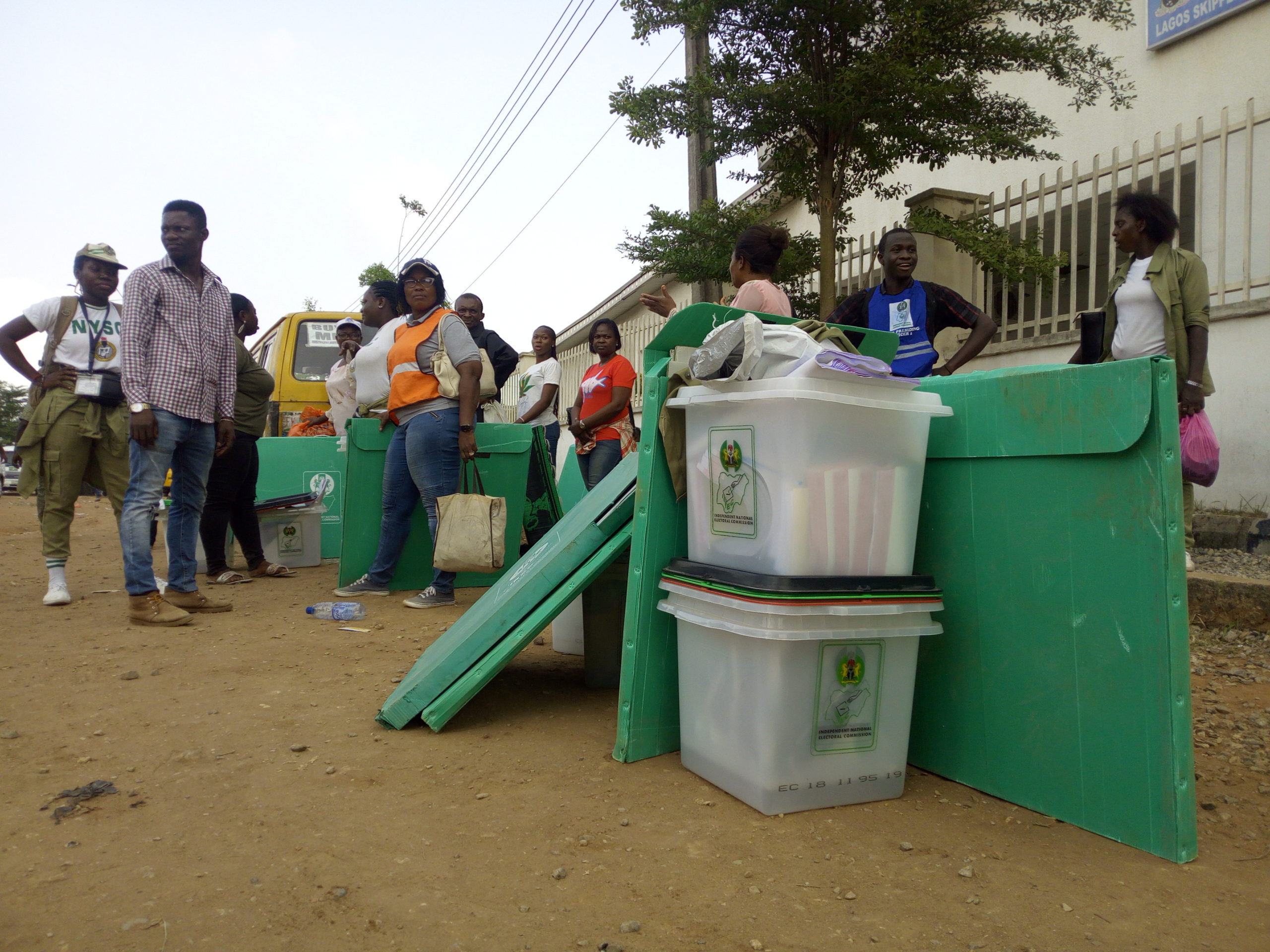 Polling units across Yenagoa opened early amidst tight security on Saturday for the conduct of the Bayelsa governorship election, the News Agency of Nigeria (NAN) reports.

Polling units at Amarata, Ovom, and Oppolo areas opened as early as 8 a.m. as the Independent National Electoral Commission (INEC) officials set up structres and waited for the arival of election materials from the Registration Area Centre (RAC) in Yenagoa.

At Oppolo, Mr James Fefegha, a voter at polling unit 6, ward 2 said that the polling unit opened as early as 8 a.m.

“The election started early today and materials arrived early and we are waiting to vote already while the atmosphere remains very peaceful,” he said.

News Agency of Nigeria (NAN) reports that soldiers with their patrol vehicles could be seen stationed at strategic check points.

Police and civil defense officers could also be seen keeping a watchful eye on proceedings at the polling units visited as voting and accreditation were going on simultaneously.

In Sagbama Local Government Area of the state, election materials arrived some of the polling units early enough for the conduct of the election .

NAN further reports that election materials started arriving at polling stations in Tumgbo Ward 13 at about 8.26am.

Security agents were also seen at strategic locations in the local government area.

“You can see that the entire ward is calm; there are no threats of crisis.

“No tension. We are ready to commence voting any moment from now.

“Our people are fully informed and aware of their responsibility during elections.

“You can be sure that they will conduct themselves peacefully,” he said.

Another voter in Tumgbo, Mr Tambi Wariebi also told NAN that he was confident of a hitch-free poll.

Wariebi said that the presence of security agents in the area demonstated the commitment of the government to ensuring the safety of people’s lives during the election.

Presiding Officer, Tumgbo unit 10, Joseph Iheanachio, said that the situation was calm and devoid of tension.

“I am not under any tension. I am getting set to commence the voting process.

“So far, the place is calm and the people are conducting themselves peacefully,’’ he said.

NAN reports that small businesses opened their shops to do brisk business in communities such as Tumgbo, Angiama, and Bulo-Orua in Sagbama.