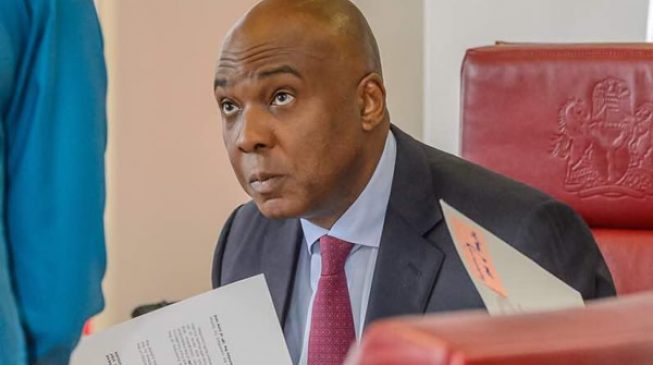 The Kwara State Government has said that personalising constituency project was responsible for Kwara public schools’ rejection of instructional materials donated by the former President of the Senate, Dr Bukola Saraki.

A statement from the Press Secretary of Ministry of Education and Human Capital Development, Yakub Aliagan on Monday, said the ministry was not aware of the donation initially.

”The State Government wasn’t aware of the distribution of these instructional materials in the first instance.

”The appropriate thing to do is to send those materials to the Ministry of Education, which has a statutory duty of vetting learning materials for quality control and then approve such for distribution.

”Not doing so was a violation of a basic rule, which is key to strengthening our institutions and keeping standards.

”Besides, it is wrong for anyone to emblazon their images or personal logos on instructional materials made with public resources for distribution in public schools.

”The said materials were some sort of Constituency Projects, which have been approved and funded by the Federal Government of Nigeria,” he read.

Aliagan added that Gov. Abdulrahman Abdulrazaq had earlier rejected a proposal to emblazone his personal picture on instructional materials for public schools.

According to him, it is instructive to note that the Kwara State Ministry of Education recently approached the governor to mass-produce instructional materials with his picture emblazoned on them ahead of school resumption and the he rejected the proposal.

”He rejected it on the ground that there should be no personalisation of projects executed with public funds.

”Flowing from the above, the authorities at the schools were right to have rejected those materials because the Ministry of Education was not aware of such.

”And also, because there should be no politicisation of education, whether directly or indirectly, especially at the basic level where the children are very impressionable.

”Since the materials had been produced with government funds, we urge the Mandate Office of Senator Saraki to return them to the Ministry of Education after having replaced the covers emblazoned with personal photographs or political identities,” he said.

News Agency of Nigeris (NAN) gathered the Saraki had donated some education materials to schools with emblazon in the Kwara Central Senatorial District without the approval and knowledge of the Ministry.