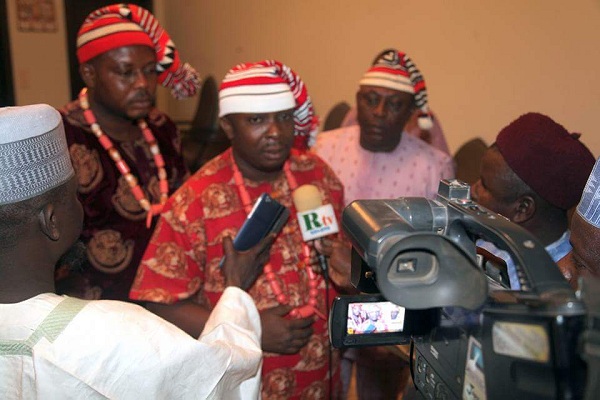 The Ohanaeze  Youth Council ( OYC) ,Worldwide, has  tasked the Nigerian Army to apologize to Ndigbo over the gruesome killing of a commercial motorcycle rider, Chimaobi Nwaogu, by a soldier identified as Corporal Ajayi  Johnson.

The group commended Governor Okezie Ikpeazu for his timely intervention to halt further protests that would have led to attacks on the military by Biafra agitators and angry Igbo youths over the incident and urged President Muhammadu Buhari to redeploy all the military heads in the South East.

In a statement signed by the President General  of OYC, Mazi Okechukwu Isiguzoro, the Youths expressed shock at the distorted statement marred with deceptive intentions credited to the Deputy Director, Army Public Relations 82 Division, Colonel Aliyu Yusuf, who denied the military involvement by stating the killing was perpetrated by unknown gunmen in military camouflage

They described the act as the height of official assault on Ndigbo and added its intelligence uncovered Corporal Ajayi as the culprit, contrary to the distorted statement from Yusuf meant to deceive the public.

OYC disclosed that the killer soldier was arrested while trying to flee to an unknown location and called for the dismantling of military roadblocks across the 95 LGAs of the South East.

“We are shocked by the distorted statement credited to the Deputy Director Army Public Relations 82 Division Aliyu Yusuf, who denied Military involvement in the killing and stated that it was perpetrated by unknown gunmen in military camouflage. This is the height of official assault on Ndigbo, we urge the military to apologize to Ndigbo.  The truth contradicts the earlier fantastic falsehood dish out by the military to deceive the public.

“ As Ndigbo awaits the unreserved apology from the military, we wish to call aggrieved persons, youths and Biafra agitators to shelve off any planned violent Protests or reprisals attacks as Abia State Government had brought succour to the deceased’s family. We call on President Buhari  to direct the dismantling of all military  checkpoints in the 95 LGAs of the South East.”