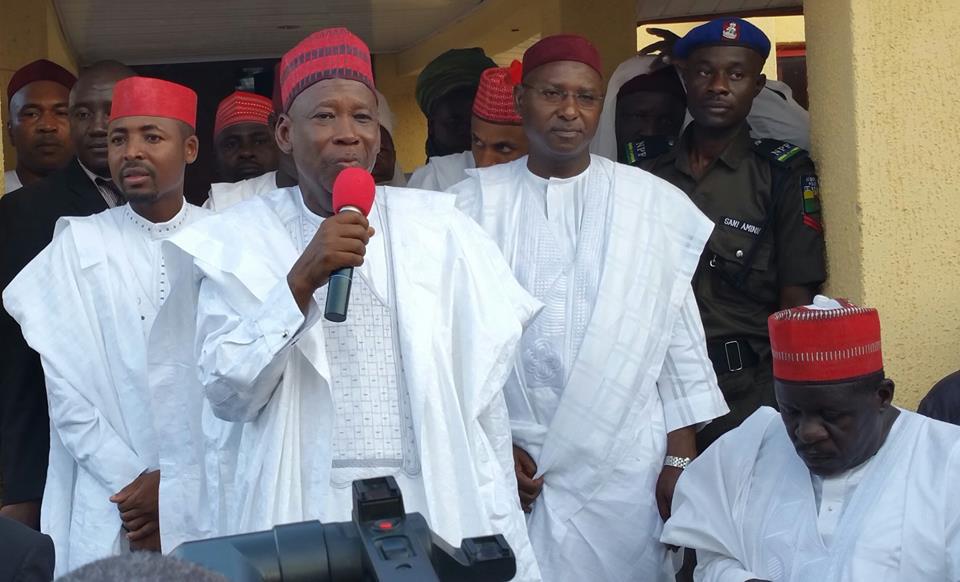 Rabiu who was pfresent at the Miller Road High Court, venue of the Tribunal sitting could not appear as a witness to the PDP and its candidate, Abba Kabir Yusuf.

Rabiu on Thursday failed to give evidence against the election of governor Abdullahi Umar Ganduje of the All Progressive Congress, APC, as the executive governor of the state.

Rabiu, who is the former Secretary to the state Government led by counsel to his party, the PDP, barrister Adegboye Awomolo was affirned by the court registrar, however was not permitted to give evidence owing to the objection raised by counsel representing, governor Ganduje and his party, APC, Aliyu Umar(SAN).

Barriter Aliyu Umar(SAN) said the parties, prior to Thursday’s sitting  had an intial  “gentle man agreement”, which binds the petitioners and respondents agreeing that all parties would wait for the amendment of typographical contained in a ruling issued by the court Appeal in Kaduna.

He said, the parties agreed   that  the state PDP chairman  and seven others  would proceed to give evidence on the 5th of August, noting that to his surprise the petitioners, on 1st August  brought the PDP chieftain to court to give evidence.

Barrister Josiah Samuel(SAN) and Adedayo Adedeji representing APC and INEC respectively alligned their position with the submission made by counsel representing Gov Ganduje, informing the tribunal that they object to intention of  the PDP party boss to give evidence in the matter.

The counsel to PDP, Awomolo(SAN) told the court that to the best of his knowledge, there is no existing court ruling that  forestall the party chieftain, from giving evidence urging the court to disconuntenace with the prayers offered by the respondents.

In abberation, Justice Halima Shamaki said, the content of the court records is vivid, noting  that the tribunal directed that the amended copy of the ruling should be made available before the tribunal,  on or before the 3rd of August.

She said in the interest of Justice, the matter is adjourned to August 2nd, for all  the eight witnesses to appear to testify before the court.