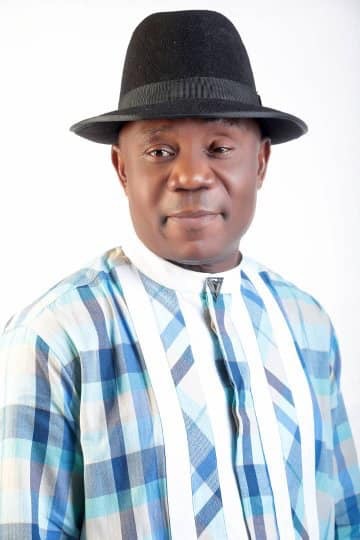 Briyai who tendered his resignation letter on Thursday, at the INEC head office in Calabar, said his resignation was to enable him contest for the November 16th, 2019, gubernatorial elections in Bayelsa state.

He is seeking election to the State’s top job on the platform of the All Progressive Congress (APC).

Briyai said “youth groups from Bayelsa State, the Niger Delta Region, Northern and Eastern Nigeria, ECOWAS, Africa and the Commonwealth have been on the forefront of persuasion” for him to run for the elated office.

He added that the persuasion for him to contest the election is sign that has “the potentials and capacity to impact a remarkable change and lift Bayelsa State up to the next glorious level that would make it stand proudly amongst the great states in Nigeria.”

He said if elected, he would bring back the glory of all land to the oil-rich state.

“I appreciate their courage and recognize me as a worthy patriot and builder of peaceful society, both in Bayelsa State, the Niger Delta region, Nigeria, West Africa, Africa and the Commonwealth.

“As a progressive, I will identify with the very best of the progressive political parties, APC,” Dr. Briyai stated.

He however advised the people of Bayelsa to embrace peace, honour their esteemed franchise by not selling their votes during the gubernatorial election.