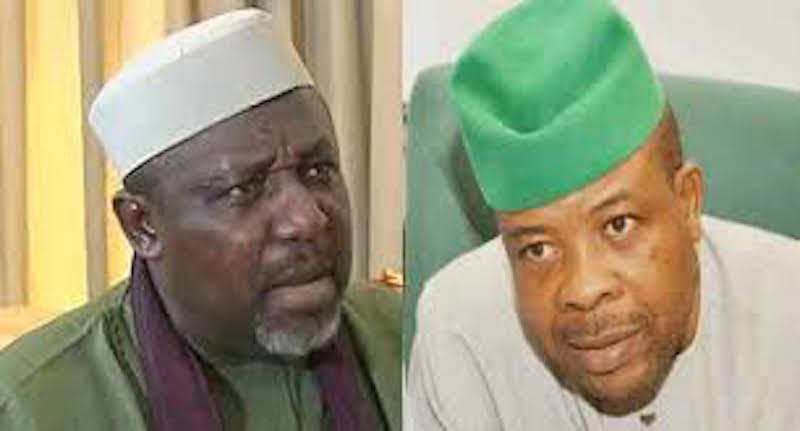 In less than 48hours after the Chairman of Governor Emeka Ihedioha’s Committee on Recovery of Government Properties, Mr. Jasper Ndubuaku had claimed at a press conference that the former governor, Owelle Rochas Okorocha and the wife Nneoma, had left with 67 vehicles and N50billion, and in less than 24hours after we had Challenged them to publish the list and particulars of the 67 vehicles and details of the N50billion for the public to see, Mr. Ndubuaku led armed Youths on Thursday, June 27, 2019 and invaded and looted the Shop (House of Freeda) belonging to Mrs. Uloma Nwosu nee Okorocha, the first daughter of the former governor.

The armed thugs not only looted her shop, but looted other shops at the Complex belonging to other people. And aside making away with cash, they looted goods worth millions of naira.

They also attacked all the inmates in that Complex and made merry with the drinks in the Shops at the Complex. They threatened to kill anybody who would bring out his or her phone to video the rampage. They also maltreated the Journalists who had hints of the invasion and rushed to the place to see things by themselves.

They left with their loots in buses and also took away a bus belonging to Reach FM Radio parked at the Premises. One of the female staff at Mrs. Nwosu’s Shop who told them to allow her take inventory of all they were carrying away, was pushed down and she hit her head on the floor. It was totally barbaric and very unfortunate for a peaceful State like Imo.

The truth is that these elements are not recovering any property. They want to hide under that guise to unleash terror on the citizenry and then scare people away to see if they could gain any ground because they know that the Ihedioha-led government has a lot of issues. He didn’t win the election looking at the whole graphs and they have adopted this thuggery style to create undue fear in the people of the State.

If they were really serious with the recovery of Government Properties, they would not have been afraid or reluctant to publish the particulars of the 67 vehicles and details of the N50billion they Claimed the former governor and the wife left with? We know that they were deceitful and trading on falsehood and that is the reason we came up with that challenge.

They have also asked the Police in the State to return the Sienna buses the past government donated to the Divisional Police Headquarters and Area Commands in the State for the effective policing of the State which made the issues of kidnapping and other crimes in the State to become things of the past. And those Sienna Buses could be among the 67 vehicles they said the former governor took away.

Nigerians should also recall that Mr. Ndubuaku had disclosed that he has recruited 6000 youths to help him recover the “Government Properties”. And he has taken off with the 6000 youths. No reasonable government initiates lawlessness or banditry because nobody can predict who will be at the receiving end, at the end of the day.

Meanwhile, every step must be taken to ensure that the looted items and money are recovered and those involved in the madness brought to book.