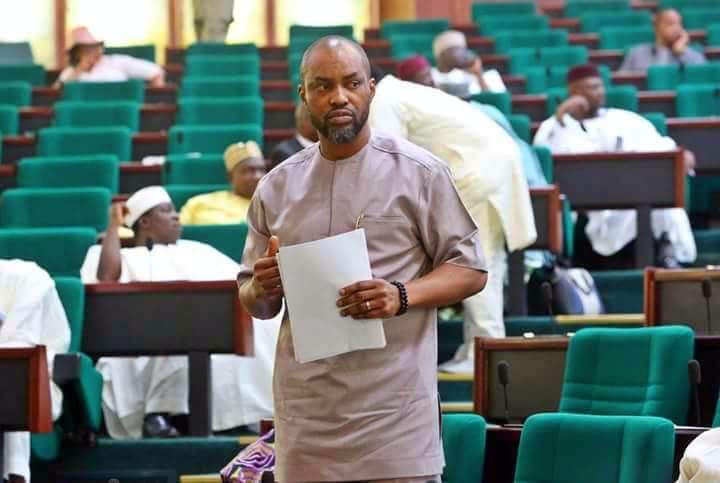 Rep. Obinna Chidoka, representing Idemili North and Idemili South Federal Constituency in Anambra, on Thursday tendered results from three polling units in Obosi before the National Assembly Election Petitions Tribunal sitting in Awka.
News Agency of Nigeria (NAN) recalls that the Independent National Electoral Commission (INEC) declared the Feb.election in the units inconclusive, citing violence in the area as its reason.
The commission later held a supplementary poll in the affected area on March 9 and declared Mr Ifeanyi Ibezi, the candidate of All Progressives Grand Alliance (APGA), winner of the election after the second ballot.
Chidoka, the candidate of the Peoples Democratic Party (PDP), is challenging Ibezi’s victory based on the supplementary election.
He told the tribunal that there were results for all the polling units from the Feb. 23 poll in the affected units in Obosi.
He urged the tribunal to declare him winner based on the result of the first ballot.
Jude Nnodum (SAN), counsel to Chidoka, tendered the duplicate copies of the three result sheets alongside three witnesses, who were PDP polling agents in the affected units.
The witnesses also tendered their party membership cards and appointment letters issued to them by PDP.
One of the witnesses, Mr Clement Anikpe, said that voting was concluded, counting done and recorded by the polling officer, “who signed and issued copies to agents before proceeding to the collation centre.”
Anikpe said that there was no violence at the polling unit where he worked and that the authentic results signed by polling officer was what he tendered.
Another witness, Mrs Okuanata OG-Wilson, said she worked as PDP agent at Ilokwe Primary School and obtained her party’s copy of the result sheet for Feb. 23 poll before leaving the unit.
OG-Wilson corroborated Anikpe’s position that the election was peaceful at her own unit with no violence recorded.
She said that she was not aware that the polling officer did a report to INEC that no result was recorded on Feb. 23.
She said that she did not participate in the supplementary election because there was no need for it.
“This result was signed by INEC polling officer and party agents before it was issued to us, there was no violence in my polling unit,” she said
Also, Mrs Philomena Achonye, who served as PDP agent in the election, also said that the exercise was peaceful in the polling unit, where she worked.
Achonye said that votes were counted, announced and recorded appropriately in the result sheet.
She said that the copy she tendered was the official polling unit result signed by INEC and issued to the various parties, adding that there was no violence in her polling Unit.
The witnesses were cross examined by Arthur Obi-Okafor (SAN), Sylvester Ezeokenwa and Dr. Jude Egbuonwu, counsels for Ibezi, APGA and INEC respectively.
Obi-Okafor questioned the validity of the witnesses’ claim to be PDP members and polling agents as well as genuineness of the results they tendered.
Chairman of the tribunal, Justice A.O. Onovo, adjourned the sitting to May 25 for further hearing.