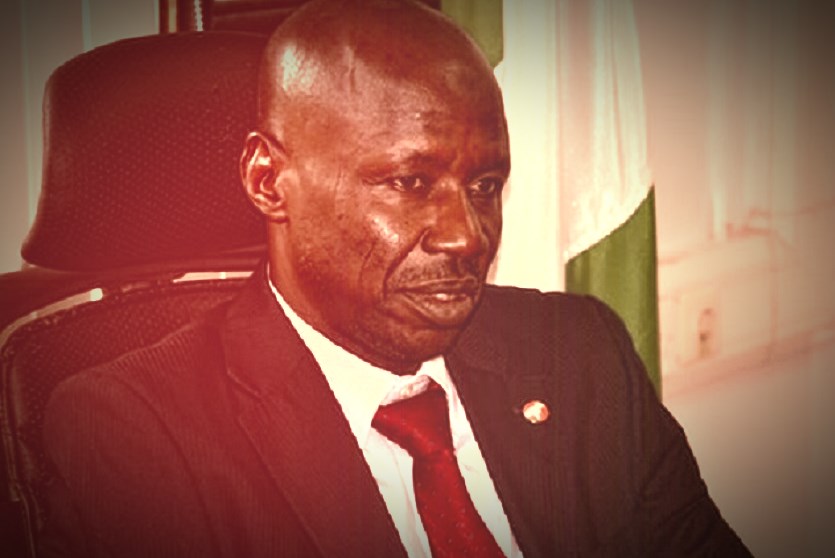 Former Deputy National Publicity Secretary of the All Progressives Congress (APC), Comrade Timi Frank, has strongly condemned the Chairman of the Economic and Financial Crimes Commission (EFCC), Ibrahim Magu and the agency’s partisan role as APC’s witch-hunt tool against the opposition.

Frank who was reacting to the arrest of Atiku’s lawyer, Barr. Uyiekpen Giwa-Osagie, by EFCC operatives, said the Commission has left nobody in doubt that it is doing the political bidding of the APC and General Muhammadu Buhari which is to frustrate the Presidential Candidate of the Peoples Democratic Party (PDP), Alhaji Atiku Abubakar.

In a statement in Abuja, the Bayelsa-born political activist said the arrest of Giwa-Osagie a few weeks after Tunde Ayeni – a former Chairman of Skye Bank Plc (now Polaris Bank), was picked up and detained in similar fashion, shows that the APC is desperate to starve the opposition of critical funding which is necessary for its campaign by arresting innocent Nigerians doing their legitimate business.

He called on the international community to list Magu among those to be placed on visa ban following his overt use of the EFCC to illegally detain key opposition figures in order to dampen their chances in the forthcoming elections, to the overall benefit of General Buhari and the APC.

Frank said: “Magu cannot claim to be fighting corruption when the only people he finds to be allegedly engaged in fraudulent activities are key members of the opposition. This is a witch-hunt and highly selective.”

He noted that there is no where in the Electoral Act where opposition political parties are banned from funding their elections to prescribed limits, however, the EFCC has continued to clampdown on legit businessmen with the belief that any money in their possession is meant for Atiku’s campaign.

He said: “Today, the EFCC is clearly an arm of the APC. No thanks to Magu who has officially pledged his support to General Buhari by wearing his re-election campaign brooch on his suit lapel.

“Magu is politically biased and the entire EFCC under his command is working for the re-election of Buhari and all APC’s candidates in the coming elections. If not, how can Magu claim to  be fighting corruption by incessantly arresting opposition figures to the exclusion of members of the Buhari administration with corrupt baggages around their necks?

“What can we say about the dollar bribery scandal against the Governor of Kano State, Abdullahi Ganduje and Buhari’s family members and associates who fraudulently acquired Keystone Bank and ETISALAT?”

He said that Magu cannot say he is not aware that Buhari and the APC have been using fronts and fictitious government contracts to siphon money from established governments agencies like the FIRS, NPA, NIMASA, NNPC, CBN, etc,

“A good example is the APC’s Senatorial Candidate for Niger East who was used to print sensitive Electoral materials for INEC. Nigerians know that the money realized from this over bloated contract went directly into APC’s campaign war-chest,” he stated.

He further stated that the statement by Adams Oshiomhole that any looter who crosses over to the APC would have his sins forgiven shows that the APC is today populated by fraudsters that are untouchable by the anti-graft bodies.

He called on Nigerians and the international community not to be deceived by the false toga of integrity being used to cloak Buhari, as his government is today the most corrupt in the history of Nigeria.

“It is clear that Magu and the EFCC are not fighting corruption but only helping the APC to fight their political opponents,” he declared.

He called for the immediate release of all political prisoners being detained by the EFCC like Giwa-Osagie, Ayeni and others before Saturday’s poll, while calling on Nigerians to resist the fascist inclination of Buhari and APC using Magu and the EFCC as  tools.