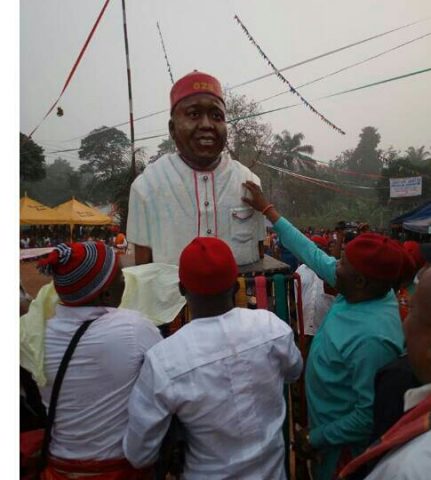 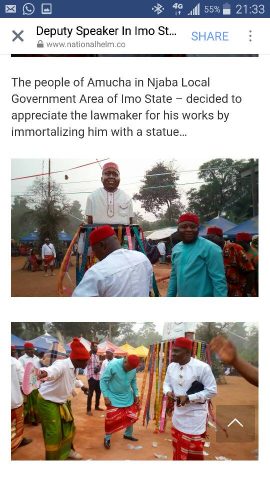 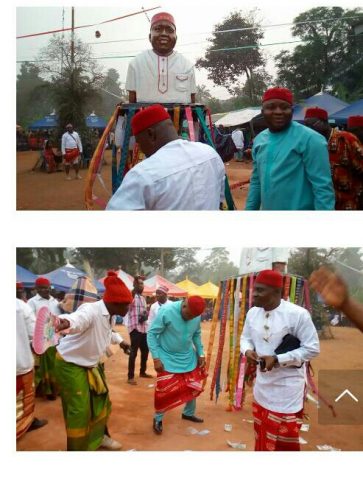 Things happen in the disjointed and not-God fearing Rescue Mission  Government in Imo State in quick succession that one needs the speed of lightning to catch up with them.

From the unprecedented Christmas gift to the leader of the Rescue Mission Social Media Group and now Secretary of Mbaitoli Local Government Area, Hon Christopher Chinagorom, when he was mercilessly beaten by thugs said to be working for the Deputy Chief of Staff to Imo State Government House, Operations, Hon Kingsley Uju, to the masquerade face of Rt Hon Ugonna Ozirigbo, the Deputy Speaker of Imo State House of Assembly, popularly called OZB, the Okorocha led government has proved to all that it is a government that is concerned with inanities, always chasing rats while the house is on fire.

The debate on the social media has been whether OZB erected a statue of himself or not in his Amucha community in Nwangele LGA, but his handlers, in an effort to isolate the Deputy Speaker from the statue crisis in the state opted to explain that his community ingloriously chose to honour him with a masquerade face and using it as part of the costume for the masquerade.

Whoever conceived of the idea! Imo people should know that in the quest to get themselves closer to the people in order to acquire political power, politicians in the Rescue Mission Government can do anything, including making themselves spirits – which is now what OZB has become. That is to say that they can do anything, including the despicable, or playing God or turning themselves into ancestral spirits, for the sake of mundane political power.

This is for the fact in most African communities where masquerades exist, they are revered as spirits, and not humans. Also, it is usually the face of the gods or the ancestors or their representations that are used for masquerade faces and costumes, and each masquerade bearing such faces or costumes exhibit the attributes of such gods or ancestors. And when OZB opted to have his face on the masquerade he was actually elevating himself to, and acquiring the status of, a god.

It is this attitude of acquiring the status of a god that has kept the Okorocha government aloof and drifting while the people gnash their teeth in pain.

Take for example, when the Chief of Staff to the Government House and the Governor’s son-law, Hon Uche Nwosu, went to a community in Owerri Nchise to acquire a kangaroo indigenship, for the purpose of satisfying the clamour of Owerri to produce the Governor of the state in 2019 – in himself. Before this time he had gone to the North to acquire chieftaincy title, all in a bid to become Governor.

However, while OZB has his eyes on the House of Reps, and while Imo people battles with the transformation of their Deputy Speaker to a god or spirit, they should know that men with inordinate ambition are as dangerous the ravenous wolves, and when they climb the ladder of political leadership they do so only for themselves.

When men lift themselves up and challenge both God and man, what awaits them is the humiliation of King Nebuchadnezzar of ancient Babylon, so that at the end they will bow and confess that God rules in the affairs of men.

Enugu State Government has urged residents of the state to remain calm even as it dispelled rumour that one of the nurses...
Read more