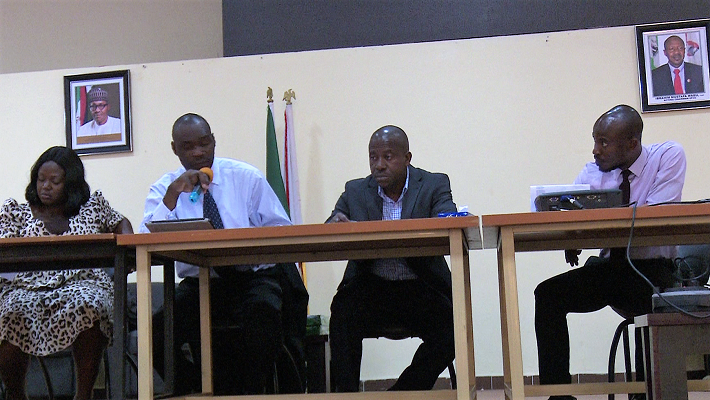 As part of arrangement to auction forfeited petroleum products and vessels, which are proceeds of crimes seized from illegal oil bunkers the Economic and Financial Crimes Commission, EFCC, on Tuesday October 10, 2017 held a pre-bid meeting with shortlisted auctioneers at the EFCC Academy, Karu, Abuja.
The Acting Chairman, EFCC, Ibrahim Magu, told the participants that the process is part of the Commission’s transparency policy with the objective of giving every interested company a fair chance to participate in the exercise.
Magu, who spoke through the Deputy Director of Procurement, Olusina Ogundimu said that the purpose of the meeting was to educate the shortlisted bidders for the auction on the stipulated guidelines contained in the request for proposal (RFP) issued to them earlier.
The court had earlier granted final forfeiture order on the confiscated petroleum products and vessels which are proceeds of crimes seized from illegal oil bunkers to the Federal Government of Nigeria.
The shortlisted bidders were drawn from a pre-qualified list of registered companies, who indicated interest in the process following an advertisement in two national dailies and the Federal Tenders Journal in June, 2017.
According to Ogundimu, “The bidders are expected to submit the proposals on October 17, 2017 after which the evaluation committee shall sit to evaluate, review, select and recommend the successful auctioneers for engagement”.
The Auctioneering committee members were drawn from various departments of the EFCC which include the Legal and Prosecution, Operations, General Services, Asset Forfeiture and the Procurement Department.
The process is in compliance with the Public Procurement Act, 2007.