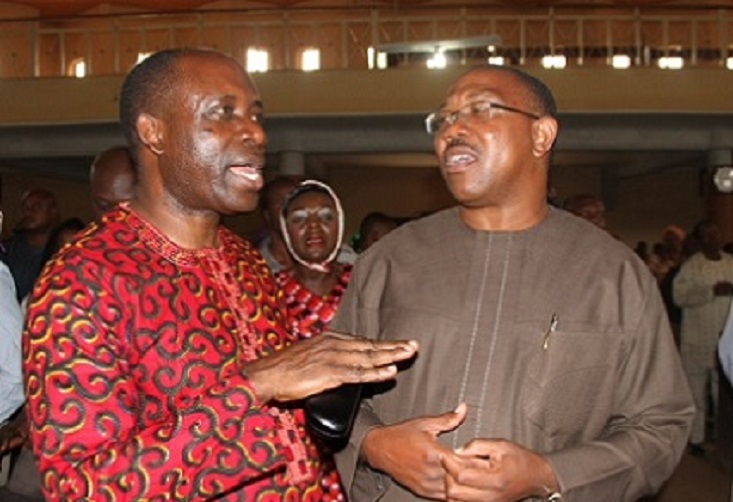 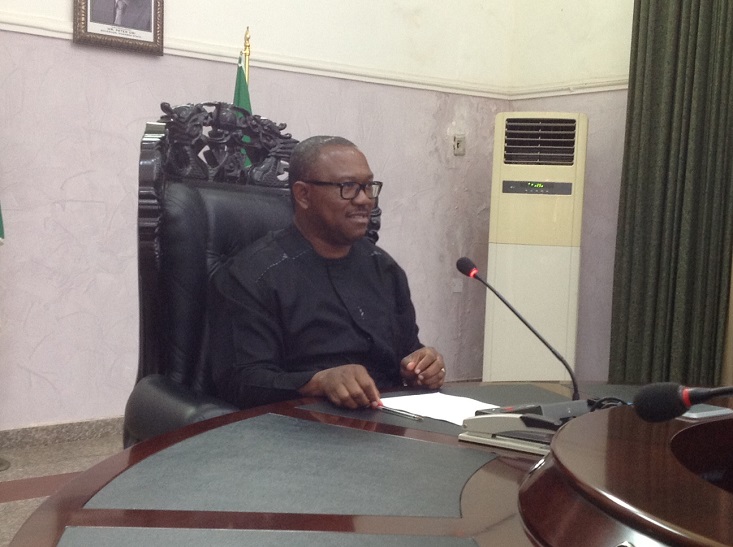 The preparation for Anambra State gubernatorial race of 2017 appears on the offing as politicians and top stakeholders in the state find themselves engaged in a political musical chairs. The gladiators have begun the close political sword fights against anticipated foes and enemies in the outcome of the elections should the events be allowed to unfold naturally without external intervention. Information available to 247ureports.com reveal that Anambra political theater has become charged and ready for explosion into unlikely expectations that may result to near uncustomary events such as bloodshed and/or destruction of properties.

The political imbroglio brewing between a failed wannabe godfather [former governor Peter Gregory Obi] and a reluctant godson [present governor, Willie Obiano] appears to be the anchor to unleash the feared unrest in the state should the event continue without controls. Our competent sources indicate that the fracas between the two has reached proportions where the former governor of Anambra State, Chief Peter Obi promised the present Governor that he would remove him from power the same way he had put him in power. He promised he would do it as his last wish, if it comes down to it. And in return, the Governor promised to resist any such move. The incident occurred about two years ago.

To this effect, the former governor and the governor found themselves at the end of each others dagger. The relationship fractured to a point of beyond repair. Peter Obi, in keeping with his promise took to the search to find a big enough political giant to join the gubernatorial race to eclipse the present Governor. 247ureports.com gathered he made cautious approaches to the oil magnet and philanthropist, Chief Ifeanyi Ubah seeking to have him join the gubernatorial race to help topple the governor’s plan of heading for a second tenure. Ifeanyi Ubah rebuffed him. Approaches were made to other top wigs from Anambra north senatorial district. Individuals, such the politicians in the Anosike family and others. Peter Obi also took his plea to a veteran politician from Nnewi who pleaded to have his name not mentioned by 247ureports.com, – and asked him to come out and pledge his support for the fight to stop Governor Willie Obiano from reaching a second term. The Nnewi veteran politician turned the offer down and walked away.

Through this effort, Peter Obi found himself  on his knees at the living room of a former Central Bank of Nigeria [CBN] Governor, Prof. Charles Chukwuma Soludo. The former governor of Anambra State had come to plead with the former CBN governor – who hails from Isuofia, Anambra – join the gubernatorial race against Governor Willie Obiano. Peter Obi while on his knees pleaded desperately for the need for Prof. Soludo to join him in the stop Obiano campaign. Peter Obi immediately pledged that he will support Soludo’s gubernatorial campaign with N2billion. Soludo was not too willing to be convinced after having been betrayed twice by the then Governor Peter Obi – during the two gubernatorial campaigns where Soludo had participated as a favored candidate.  Peter Obi was told in clear terms that Soludo has no interest in joining the fight to stop Obiano. But Peter Obi remains persistent in seeking Soludo’s support. 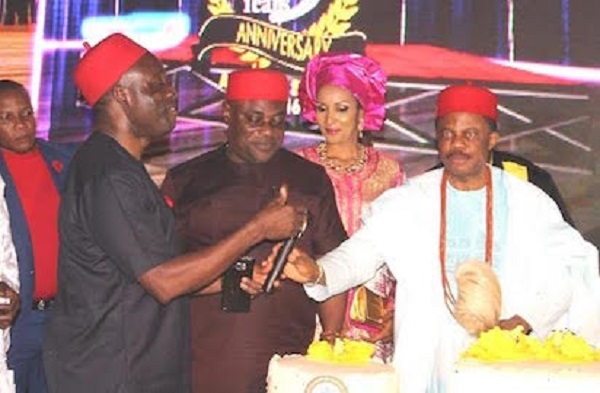 Beyond Soludo, the former Governor has also approached Chief Emeka Ofor, the billionaire mogul from Anambra to join in the race. He told Emeka Ofor that Obiano has offended him by refusing “to do as agreed”. Responding to Peter Obi, Ofor told him that the “Governor has been managing success very well“. The billionaire went to add that “we will support Obiano, he is doing well“.

Meanwhile, Peter Obi in his customary fashion of using surrogate media attacks through his media aide Valentine Obienyem and through Valentine Obienyem’s personal assistant, Mazi Odera aka APGA Alaigbo, Oderaigbo or Stan Chira – recoiled to using them to launch unprecedented online and social media attacks on the person of the governor and on his wife and family. While receiving funding from the former saintly governor of Anambra, the group of media surrogates have managed to generate daily write ups to abuse and cast aspersions on the person and administration of the Governor. What appears interesting is – as the media surrogates engage in their hired jobs, the saintly Governor claims to not have control over what his media aides are doing.

Through out the two years of constant and daily media barrage, the Obiano administration played deaf or maybe blind to all the writes up. According to one of the media aides, “the write ups of Val and Odera are too pedestrian and childish for us to begin going down the gutter to respond to them.” So as it appears evident the Obiano administration has refused to engage the media assaults, the pertinent question become when will Peter Obi call his media boys to order or at least own up to the daily media barrage as being sponsored by him?