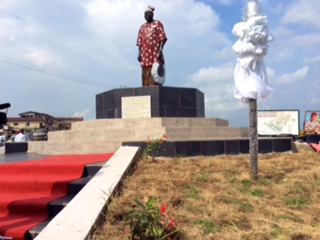 As a Clergy, I will always view things in the context of the bible.As most commentators have acknowledged, the bible still remains a comprehensive trove of information and guide for people who need guidance, especially in spiritualism and political strategics. One would start wondering what the bible has to do with political power. Yes, experts have posited that politics is all about acquisition and use of power. On a thorough scrutiny, you will find accurate accounts of power rumbles and intrigues in the bible.
Though most of these accounts are about theocratic power, you will agree with me that power is power and always has to do with human beings.
In Israel of bible times, the story of Saul is a known one. He was little known and at a point was only known and referred to as the son of Kish. Saul did not campaign or carry ballot boxes, he was divinely selected and anointed.
His disobedience in commandments from God put him into a huge disfavor.Saul’s early days were colorful. He was noted for rare achievements and almost annihilated a practice that opposed true spiritualism and the worship of God. During his time, idolatry and sorcery carried death sentences. He went as far as killing all witches and wizards to ensure the undivided worship of God.
When he lost face with God, he became desperate and wanted a divination on an impending war. As posited above, earlier in his reign, he killed all the witches but one survived and practiced in secrecy, fully aware of the dangerous consequences. Saul was desperate and subscribed to the services of a witch in the suburb of En-dor.
This is like some of our present politicians do.They involve in policy somersaults and extreme hypocrisy. Quite like a dog eating its vomit.
Saul went to En-dor and got a divination that gave him a shock that nearly killed him before going to the war front. In Saul’s words in Samuel Chapter 28, verse 15, ‘I am in sore straits as the Philistines are fighting against me, and God himself has departed from me and has answered me no more, either by means of the prophets or by dreams….’
Our politicians are desperate today, they take back their vomits and sign
new deals most of the time on the enemy’s terms.
The above could be likened to one senator in Abia. This senator has legislated for more than two terms in Abuja and wants the governorship crown desperately. The zoning policy strictly adopted by PDP in Abia is in line with the party policy as enshrined in the constitution.This is equally in line with the staunch stand of the equity-loving Governor, Chief T. A. Orji. Gov Orji for many times has favorably campaigned for power shift to the Southern Senatorial Zone of Abia, but this shift doesn’t favor the senator and the senator is now carousing with a strange bedfellow. This is like riding the back of the tiger which as has been portrayed in numerous stories spell doom for the rider. The tiger by nature is voracious and carnivorous. Our rider will certainly end in the voracious belly of the tiger if caution is cast to the wind.
Power is nobody’s permanent right, life is not that way. There are times when people should withdraw and reflect. There are so many political options and positions but our senator doesn’t think of these. Some reasonable and concerned voters in Abia see it as fatal ambition.
The electorate should watch out. The chief consultant of this senator who happens to be a former governor has never delivered. He has volunteered his media outfit to the use of my senator in focus. He hardly respects conventions and sees everything through the colour of money. His mercantilist mentality is compulsive to the extent that he gains from any enterprise. It doesn’t matter who is involved whether it is the church or ten-year-olds.
Senator please,for your own sake and your family, be careful, nothing lasts forever. Please be grateful to God for the much he has done for you all these years.
Do not go to the witch at En-dor, remember Saul and his family, this piece may be prophetic. Your move is like a medical doctor consulting a quack or native doctor.
Pastor Ike Dike,
Divine People’s Assembly.