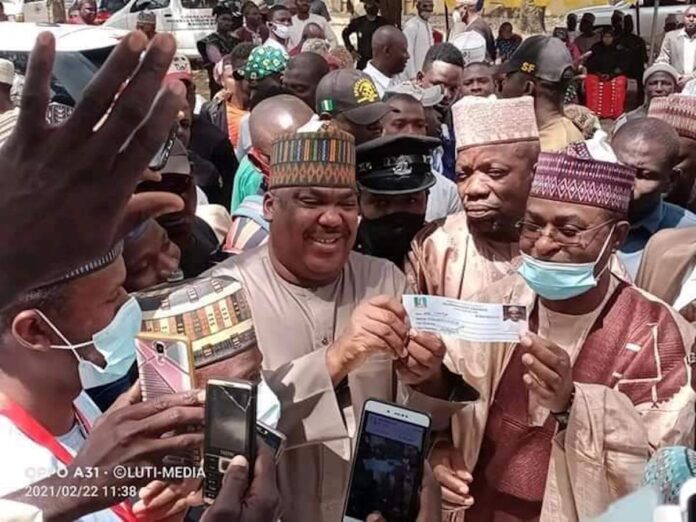 A former Bauchi State, Governor Mallam Isa Yuguda has backed the comment made by the incumbent governor of the state Bala Mohammed over his recent comments on herdsmen that sparked national outrage.

Yuguda stated while answering questions from newsmen after he revalidated his membership of the All Progressives Congress APC in Bauchi on Monday ,He said said Fulani herdsmen in Nigeria have been unfairly treated over the years, by successive administrations .

He said the successive governments over the years were despite our growth in population were unable to solve the basic problems of Filani herdsmen, so many budget I’m agriculture that always  excludes livestock, they didn’t improve the living standard of these Herdsmen.

Former Governor  said “The Nigerian State has not been fair to these people,(Fulanis), when the white man came they provided cattle grazing and routes from Maiduguri to Lokoja and Ilorin,These infrastructures were provided by the white people, and today where are the grazing reserves and the cattle routes?

Yuguda wondered why the comment by governor Bala Mohammed generated the recent public outcry, arguing that; “There have been clamour by senior citizens in this country that we should carry weapons to defend ourselves, but when our governor, Bala Mohammed made a remark to that effect everyone is crying wolf – all the Nigerian press is saying Bala is this, Bala is that, Didn’t you hear a senior citizen in Nigeria saying we should carry guns to defend ourselves, where were you guys, nobody wrote about it until when Bala said okay these people (Fulanis) also deserves the right to defend themselves”,

Governor Yuguda, who blamed the Nigeria press over ethnic profiling warned that; “Let us stopped being sentimental for goodness sake, otherwise this country will crumble,it’s crumbling in your hands and I’m afraid that you as the press are creating this problem”,

He commended Governor Mohammed for the infrastructural development in the state, saying “He is doing his best; anyone that occupies a seat can only offer his best. But for him when I came to Bauchi i saw new roads isaw Hospital were rehabilitated ”
Yuguda expressed satisfaction on the conduct of the on going revalidation membership of APC and described it as transparent.

When asked if he will contest for the Position of Senator, National Chairman of APC or president 2023, Yuguda said its Allah who gives power to whom he wills at the time he wishes.