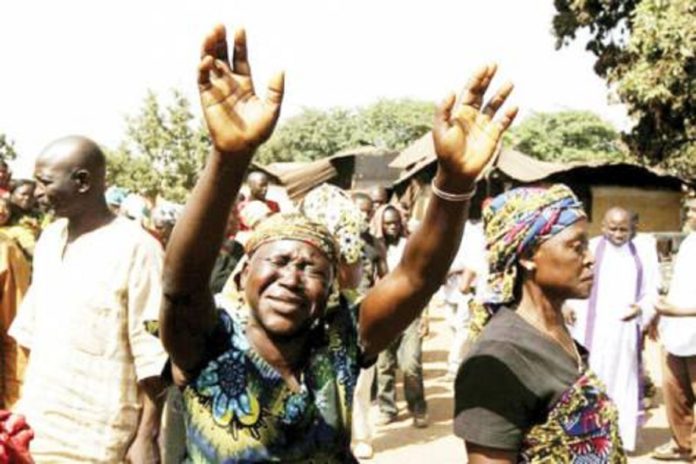 Allying himself with the outcome the Northern States Governor’s Forum emergency virtual meeting held on Monday 8th February 2021 where issues affecting the region and the nation in general was discussed, the CONPAN Chief Executive joined the Governor’s Forum in condemning the growing wave of insecurity in the country particularly as it relates to circulation of unverified video clips on social media by fake news paddlers where they portrays purported violent attacks on persons in some parts of the country.

Thanking the Chairman of the Forum who doubles as the Executive Governor of Plateau State, Rt. Hon. Simon Bako Lalong for addressing issues of special interest in their last meeting, High Chief Monday Wehere sues  for a collaboration between the Northern States Governor’s Forum and Community Newspaper Publishers Association of Nigeria, CONPAN, adding that his group remains the easiest means for the Governor’s Forum to diseminate Government programs and polices to the grassroot.

On the Committee set up by the Forum to review other issues of interest to the region and the nation by extension, High Chief Wehere said it is timely even as he urged the Committee to be proactive by doing the needful before the next meeting scheduled for the end of February in Kaduna so that their reports will be deliberated upon.

Stating that the call on political leaders to segregate between criminality and social groups in their domains with a view to treating criminals as criminals by the Northern States Governor’s Forum remain a right peg on the hole, the man behind diseminating information to the most remote areas in Nigeria (High Chief Monday Wehere) said he is lining on the Forum as they condemn every form of criminality whether from herders, hunters, or farmers occupying forest reserves illegally.

Charging his members’ to always show patriotism and display professionalism while discharging the legitimate functions, the CONPAN boss however expressed concern on the tension generated by the recent purported eviction order issued to herdsmen in some parts of the country, warning his association members to always distance themselves from the fake news paddlers and work towards diseminating programs and polices of the government to the most remote areas.

(CPS to the National President,