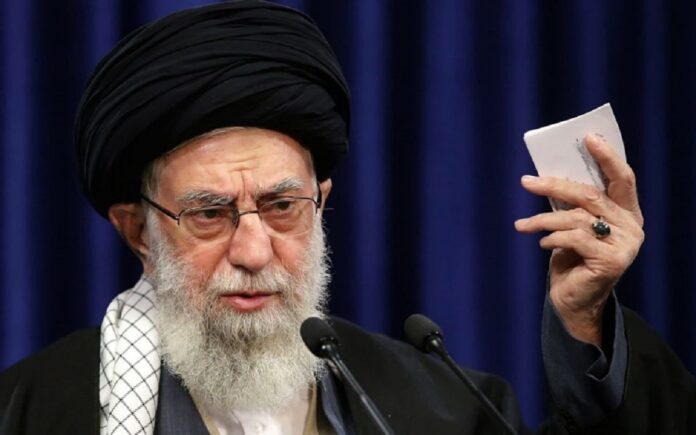 Earlier on Friday, the @khamenei_site account shared an image of a golfer resembling Mr Trump under the shadow of an aircraft. The accompanying message threatened vengeance for the death of Iranian general Qassem Soleimani, whose assassination Mr Trump ordered in a US drone strike in Iraq last January.

The tweet in Farsi repeated comments Ayatollah Khamenei made last month that “those who ordered the murder of General Suleimani as well as those who carried this out should be punished. This revenge will certainly happen at the right time.”

Earlier this month Twitter removed a tweet by Ayatollah Khamenei questioning the efficacy of Covid-19 vaccines from the US and the UK, saying the post violated its rules against coronavirus misinformation.

“Importing vaccines made in the US or the UK is prohibited. They’re completely untrustworthy,” said the post in English on the unverified account @khamenei_ir, which shares the Supreme Leader’s statements.

That account, which has over 884,000 followers, and others associated with Ayatollah Khamenei are still online.