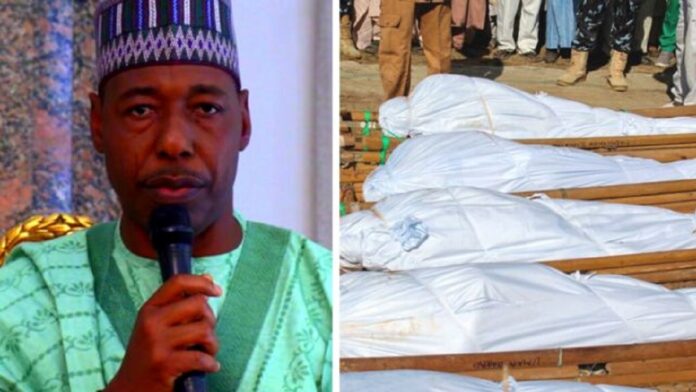 Addressing Journalists at the NUJ Secretariat Bauchi yesterday, by the coordinator of the group Barrister Hussaini Saraki is displeased with the insecurity that have bedevilled the region.

He said, ‘we condemned the recent massacre of 110 farmers in Zabarmari village of Borno state by terrorists and we are calling on the federal government to find a lasting solution to the endemic that have befalled our zone”.

He opined that if the citizens are gainfully employed by the security agencies and deployed to the state, they would work spiritedly and patriotically to salvage their kinsmen from the terrorists.

According to him, section 14, sub-section 2 (b) of the 1999 constitution of the federal republic of Nigeria stated that the security and welfare of the people shall be the primary purpose of government.

He said where such cannot be guaranteed, the essence of government is failed.

“The killing of the innocent people in the north must stop, the government should find a means whichever possible to bring an end to this senseless killings.

“The entire north is bleeding and no one seems to care, the leaders among us have chosen to remain silent, watching innocent people being slaughtered while thousands are displaced and made refugees in their own country.

“This is not part of the bargain made, neither was it the supposed dividend of democracy promised to our people.

Flanked by his other executives, he further urged the federal government to implement the recommendation by the Governor of Borno State Babagana Zulum and recruit the state youths into the Nigerian army, police and other security agencies to combat the insurgents in the state.