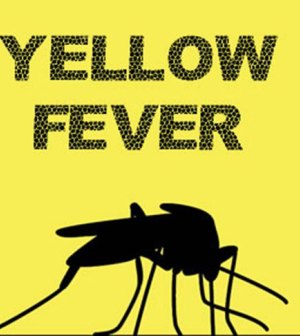 Yellow Fever has claimed no fewer than 25 lives in Ogbadibo local government area of Benue state.

Disclosing this to newsmen,  the state’s commissioner for science and technology, Dr Godwin Oyiwona, who is overseeing affairs of the ministry of health,  said the disease started at Otukpa where it killed about 19 persons  and spread to Orokam and Owukpa where six more persons later died.

Oyiwona further stated that after proper investigation,  it was discovered that bad water and (or) mosquitoe bites may have caused the infection and eventual deaths and advised people of the three districts,  Otukpa,  Orokam and Owukpa,  and the entire local government as well as neighbouring local governments to step up prevention against mosquitoe bites and ensure consumption of clean and treated water.

He said the state government wss already vaccinating the people of affected communities and requested council chairmen in the state to educate their people against drinking of bad water and allowing bushy and filthy environments around their homes.

Recently,  the Senator representing Benue South Senatorial District, Comrade Abba Patrick Moro, appealed to relevant agencies to intervene so as to bring the spread of the disease under control.