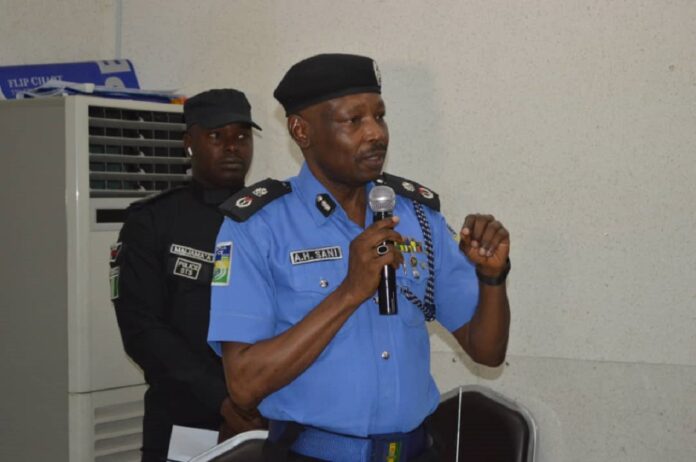 There are indications that the suspect may die by hanging after prosecution as investigations are still ongoing to arrest his accomplices though he confessed to have committed the crime alone.

According to the Image-maker  of Kano state Police Command, DSP Abdullahi Haruna, who spoke on behalf of the state Commissioner of Police, Mr. Habu A. Sani, the incident happened on  June 5, this year, but police effected his arrest on November 7,  in front of his house after keeping an eye on him.

Police investigations revealed that Habibu killed the girl after collecting the ransom and buried her in a shallow grave at the outskirts of Chikawa village to cover his crime because the victim who lived in the same vicinity with him, could recognize and possibly expose him.

The Police Image-maker added that Habibu kidnapped Asiya while she was going for an errand in her Aunty’s place, adding that, “Habibu is a neighbour to Asiya’s Aunty.”

DSP Abdullahi Haruna said the suspect was arrested as a result of a directive by the Commissioner of Police who charged the Operation Puff Adder to swing into action and arrest the suspects.

He said investigations were spread to Jigawa, Kaduna, Katsina and even Aba in Abia state, before the suspect was finally arrested.

Though Habibu confessed to have committed the crime alone, police theory indicates that there are other accomplice at large, because he confessed to have spent the N500, 000 ransom on harlots, drugs and gambling.

Father to the kidnapped and killed girl, Alhaji Tasiu Mohammed Adamu told journalists at the Bompai Police headquarters that the kidnappers of her late daughter demanded for N10 million ransom, “but we later settled for N500, 000.

“What I can not explain is why they killed my daughter after paying the ransom to them. This is very wicked of them. I need justice and I believe police will ensure that justice is done for the sake of my daughter.”

Habu who confessed to have kidnapped the little girl and collected a ransom of N500, 000, however, said the girl died as a result of accident on a motorcycle when he was driving her away to their hideout.

While confessing to the crime, he said he was aware that he could be killed by hanging, but pleaded for mercy.

Though he was adamant of revealing members of his gang, Habibu confessed to have spent the N500, 000 ransom on women, drugs and gambling.

According to him, “I had travelled to Kaduna state where I stayed and enjoyed with my women friends. We took drugs and indulged in gambling.”