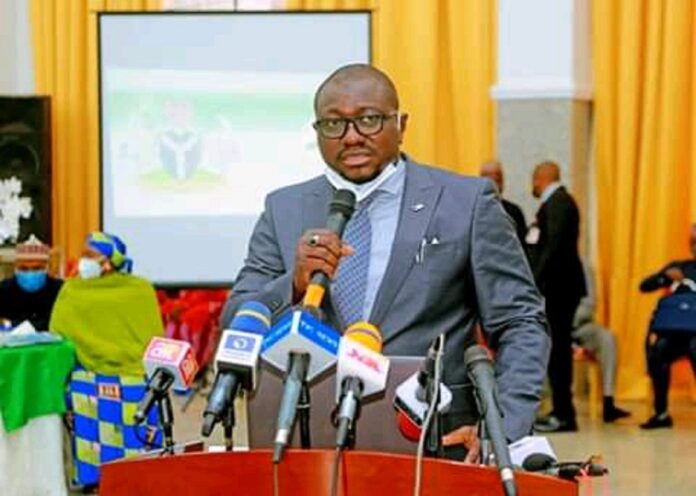 Nasarawa state commissioner of Justice, Abdulkarim Kana has open the can of worms over the way and manner respected religious leaders pleaded with him not to prosecute suspected rapists in the state.

The Attorney General stated this during the flag off of awareness campaign on the spate of rape and kidnapping in the state held at Aliyu Akwe Doma Banqueth Hall.

Kana said the increasing number of rape cases is within the range of middle age and married men.

He further said the victims  rape are mostly children and infants ,He said clerics in the state has herculean task to accomplish.

He called on parents to ensure proper upbringing of their wards instead of allowing them to wallow on their own for source of livelihood.

Further findings revealed that a son of an Islamic cleric from the western zone was involved in rape case and is currently under custody in the state capital.

On the issue of disbanded street begging by under age, Abdulkarim Kana revealed that some children and parents were arrested and charged to court for violating 2005 Child Right Act signed into law by Governor, Abdullahi Sule.

Also speaking,the commissioner of Police,Bola Longe revealed that some highly placed imams and pastors in the state are pressurizing the police to drop rape related cases.

Longe who spoke in tongues warned rapists to take the oath of honor before the law of karma caught on them.

On the anti kidnapping law,Police commissioner said the police would ensure that all suspect of rape cases face the consequences of their temerity.

Nawani Aboki who represented Non Governmental Organization (NGO’s ) in the state and the founder NCWYCA in his paper presentation titled “The spate of rape and kidnapping and implications and challenges in Nasarawa state” said Nigerians resorted to fervent prayers against kidnappers and rapist.

Adding that the country witnessed a total of 665 kidnapping cases,meaning 7 persons are affected per day.

Recalling the case of a notorious kidnapper,Evans which he said the matter suffers serious setback in the hands of security agents and the court.

Aboki attributed the increasing cases of unemployment amongst youth as well political vendetta by politicians.

The state commissioner of Information,Culture and Tourism ,Comrade Dogo Shammah said the state is facing both social and moral challenges.

The challenges which he described as gigantic challenges requires the collective effort of all and sundry.

“The situation has became so worrisome such that it requires measures such as action in order to awaken the society to her responsibility”.

” Where is our religion ?where is our morality ? ,Where are our cherished cultural values and our traditional heritage ?