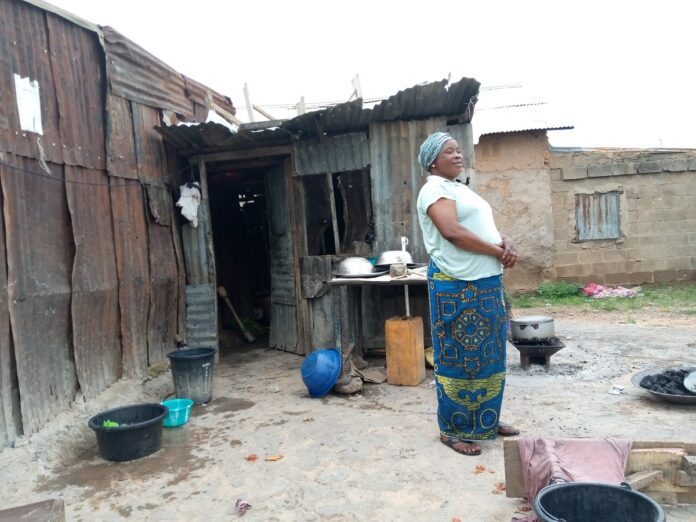 There appears to be light at the end of the tunnel for police officers living in dilapidated barracks across the country as  the Chairman, Board of Trustees (Bot) of the Police Task Force (PTF), Alhaji Suleiman Abba, on Sunday in Kano, got on-the-spot picture of their poor living condition.

The former Inspector General of Police described as worrisome, hopeless and disturbing the living condition of serving Police officers across the country.

The PTF boss who inspected Bompai police barracks said though he was not surprised at what he witnessed, there was a nagging need to do some very urgent to improve the lives of police men and their families across the country.

According to him, “I saw what I am expecting to see, dilapidated structures, cracked walls and collapsed ceilings,  built in the 1970, without rehabilitation, 50 years after. Police Officers, whose responsibility is to secure lives and properties, as well as a law abiding  society but subjected to sub-human condition.”

He  regretted that the foundation of the dilapidating police barracks, currently on the verge of collapse were weak, as more attention was given to the external structure than the foundation.

The PTF Chairman, however, promised that he will do everything humanly possible to ensure the speedy rehabilitation of the barracks, to enable officers to olive in a conducive environment, so as to enhance their performance,

He disclosed that the PTF is at liberty to seek for donation beyond the shores of Nigeria, promising members of PTF will explore all available opportunities to generate funds for the speedy renovation of the barracks, as well as construct modern barracks, where all the inconveniences would be within.

”The responsibility of the Police Task Force (PTF), among others is to ensure the welfare of serving police officers by providing them, with a human-friendly environment and police station. We will in addition provide police officers, with sporting facilities, as only a health police officers can deliver quality service.”

In a chat with a Police Officer, occupying one-room in the barracks, he told the PTF Chairman that he and his family, comprising himself, wife and four children reside in the single room, adding that they share a stone throw away pit toilet facility, with his neighbour.

According to him, on more occasions than not, he or other members of his family have to wait  for between 20 and 25 minutes for his neighbour to quit before to enable him use the conveniences.