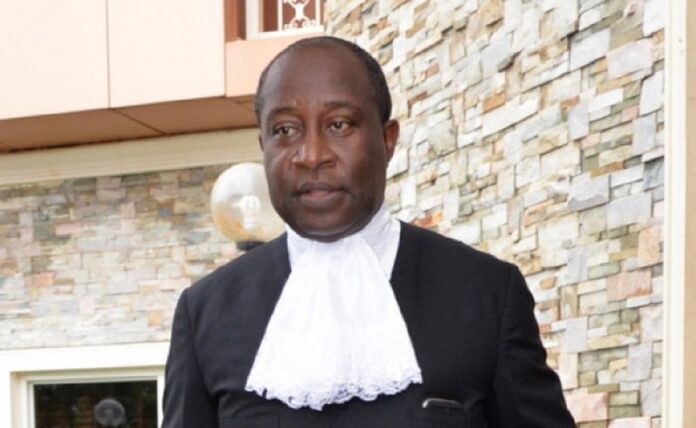 As the Nov 2021, governorship poll in Anambra state fast draws near, a legal luminary, Barr Emeka Etiaba, a Senior Advocate of Nigeria (SAN) has declared his interest in the race. In an interaction with select group of journalists in his Umudim-Nnewi country home he spoke on his aspiration, issues affecting the state and Nigeria in general. Our Anambra Correspondent was there and reports.

Q: We have unconfirmed news that you are interested in the 2021 Anambra State governorship election?

Yes, I am running. I hope to pursue my governorship ambition under the Peoples Democratic Party (PDP).

Q: So what do intend to do differently if you get opportunity to Awka Government House?

You know the election we are talking about would hold in November next year. It is therefore still too early to be talking about my manifesto. We are presently at the intra-party thing; and of course getting the party’s nomination. I have seen aspirants copying one another on what they want to do if they win the election. I can’t do that. Perhaps they have less to do right now. I am a very busy person, a lawyer. I am sure you know that. It is after getting the party’s ticket that I will roll out my program for the state. Be that as may, I wish to commend all those that have governed the state. They have all done well. I just have to put it on record that I will entrench a higher level of governance in Anambra State if I get the mandate to pilot the affairs of the state.

Q: Some citizens are of the opinion that the incumbent, Chief Willie Obiano has not done so well. What’s your take on that?

The mere fact that we are having this interview in my home in Nnewi is a demonstration that he has done well. Because under his watch the state has become the safest state in Nigeria.

Q: But the critics accuse him of superintending massive infrastructural decay and neglect.

Well, I am not holding forth for the incumbent governor but I must let you know that the Constitution of the Federal Republic of Nigeria places security as the number one priority, while all other things are secondary.

Q: The issue of zoning has become very topical in the coming 2021 governorship election in the state. PDP seem undecided on the issue. It said it has not zoned it to the South senatorial zone. How do see it?

The PDP National Working Committee (NWC) has come out to deny that report. They clearly stated that the topic was never discussed in any of their meetings so far.

Q: Nnewi appear to be presenting many aspirants for the governorship contest. Won’t this affect your chances?

It is not a problem, let everyone exercise their right to vote and be voted for. By 2021, we will know who are really in the race. There are diverse reasons why people come out for elections.

Q:  Local Government election is another sore issue that has occupied the front burner in political discuss in Anambra State. Will you conduct local government elections if voted in as governor of the state?

I will conduct free and fair local government elections in Anambra State if I become the governor though I must tell you that I know why it is difficult to conduct the election presently. There is a court order restraining the conduct of LG polls in the state. But as a governor, I will make efforts to set aside the restraining court order.

Q: What are the chances of PDP regaining power in Anambra State?

The only challenge is for PDP to get their acts together. The party would have been in power now if the right things were done right in the last election. But I am optimistic that we will get it right this time around. Afterall we produced two of the three senators representing Anambra State in the Red Chamber of the National Assembly. The third slot was lost by default. More so the PDP has six members of House of Representatives. That should tell you the strength of the PDP in the State.

Q: Many people are of the view that Nigeria as presently constituted is not working. What’s your take on that?

It doesn’t matter who is saying it. Nigeria is not working. It’s absurd for President Muhamadu Buhari to be flying to Mali to foster peace with the barrage of security issues confronting the nation. The only thing that would help Nigeria is to have a structure that will actualize equity and balance. You may not believe this but the Igbo presidency thing cannot help Nigeria except the needful is done. That is restructuring. This does not however mean that I don’t want an Igboman to become the President of Nigeria.

Q: Few days ago, the Federal Government unleashed a sweeping hike in prices of petroleum products, electricity tariff and so on. This is coming at a time when other nations are doing so much to re-float their economies through tax rebates and other interventions.

The government of President Buhari made a lot of promises during the 2015 general elections. It was on the basis of those promises that Dr Goodluck Jonathan was humiliated out of office. For example, the APC government has not been able to repair any of the four petroleum refineries in Nigeria six years down the line. That is a clear summersault.

They promised to allow forces of demand and supply determine the price of petroleum product. That may not be a bad idea but other structures like enhanced transportation system, rail system and other things must be on ground. For me the government of the day at the center has shortchanged Nigerians. I have always said that I will take Anambra State to the next level but I can’t use that word again, APC copied my slogan and bastardized it. I will have to think of a better option, as nobody wants to hear “next level” in Nigeria again.

Q: But it appears PDP is not performing its roles as the leading opposition political party effectively; at least to put the APC-led FG in its best.

No, the PDP has been outspoken against the maladministration of the incumbent APC government. The National chairman of the PDP and other officials have always been in the news criticizing the bad policies of this APC administration. The only difference is that the PDP is decent. The party is not churning out fallacious items to discredit the government in power as APC did when they were in opposition. I’m sure you won’t blame PDP for being civil and realistic while playing the role of opposition political party.